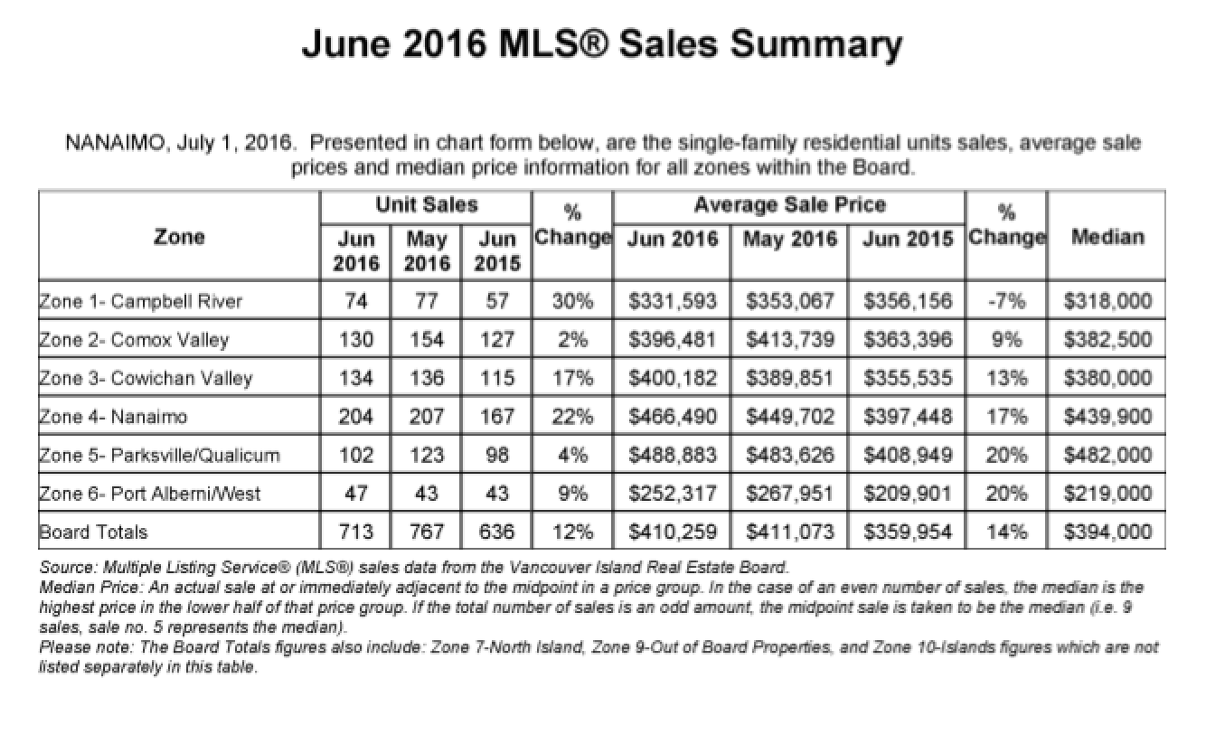 Inventory levels in the Vancouver Island Real Estate Market are at record lows, which is contributing to the slight housing market slow down. The lack of inventory is resulting in an increase in the benchmark prices. If you are considering listing your home, I’d be happy to provide you with a detailed, no obligation, market analysis for your property.
Read the entire market report here.

NANAIMO, BC – Home sales in the VIREB area cooled slightly in June but were still significantly higher than reported one year ago.

As noted last month, the robust housing market in British Columbia, particularly in the southern half of the province, is solidly based on a healthy GDP, substantial job growth, and a growing population.

“The provincial economy is firing on all cylinders and continues to lead the country by a significant margin, which is fuelling the housing market,” says Brendon Ogmundson, BCREA Economist. “Job growth in B.C. is twice that of Ontario, our closest economic competitor, and is especially strong on the Lower Mainland and in Victoria.” Ogmundson adds that although BCREA does expect to see some price relief in the Vancouver housing market, current market conditions will likely prevail for the rest of 2016.

Margo Hoffman, VIREB 2016 President, says that sales activity typically slows down in the summer, which likely accounts for June’s modest decrease in sales. However, lack of inventory is also a contributing factor.

“We’ve been saying the same thing for months, but low inventory is the primary challenge facing buyers and agents right now,” says Hoffman. “Although we’re in a seller’s market, homeowners are holding back because they’re worried they won’t find another property to buy. And, when houses come onto the market, they’re snapped up very quickly.”

The lack of inventory is also contributing to rising benchmark prices for single-family homes, townhouses, and apartments. Despite those increases, however, the Vancouver Island housing market continues to be affordable compared to the Lower Mainland and Victoria. 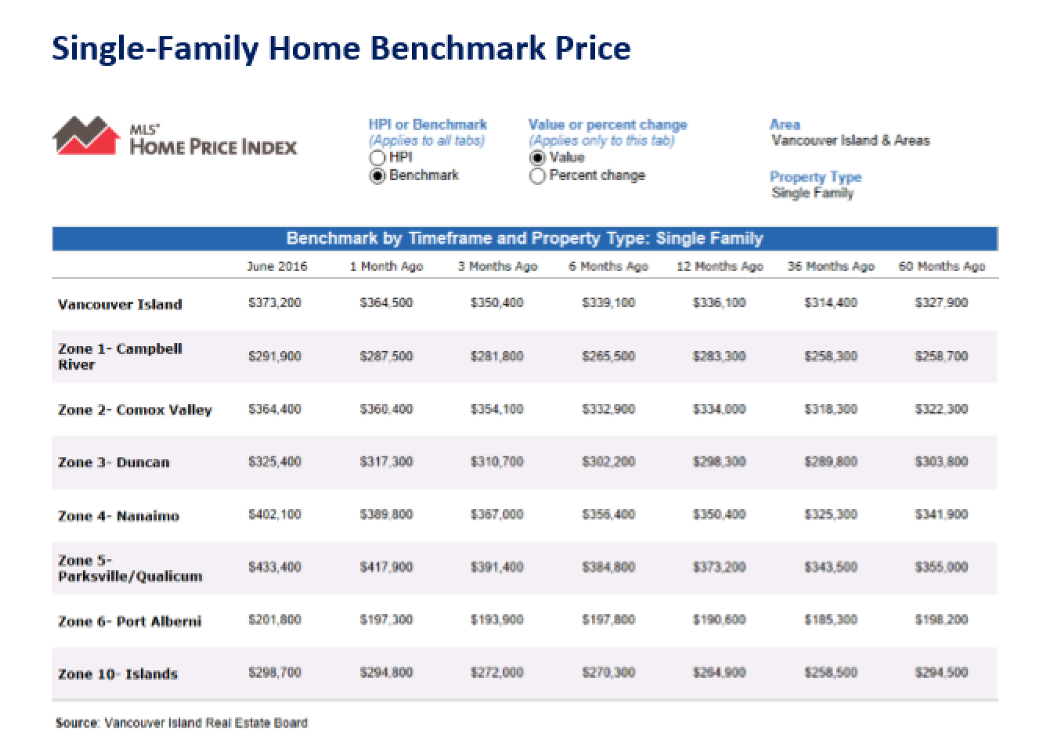 “With the benchmark price of a single-family home ranging from $201,800 in Port Alberni to $433,400 in the Parksville-Qualicum area, home buyers have a lot of affordable options on Vancouver Island,” says Hoffman.

Hoffman adds that in a competitive housing market, connecting with a local REALTOR® is crucial to ensure you develop a winning strategy for buying or selling your home. 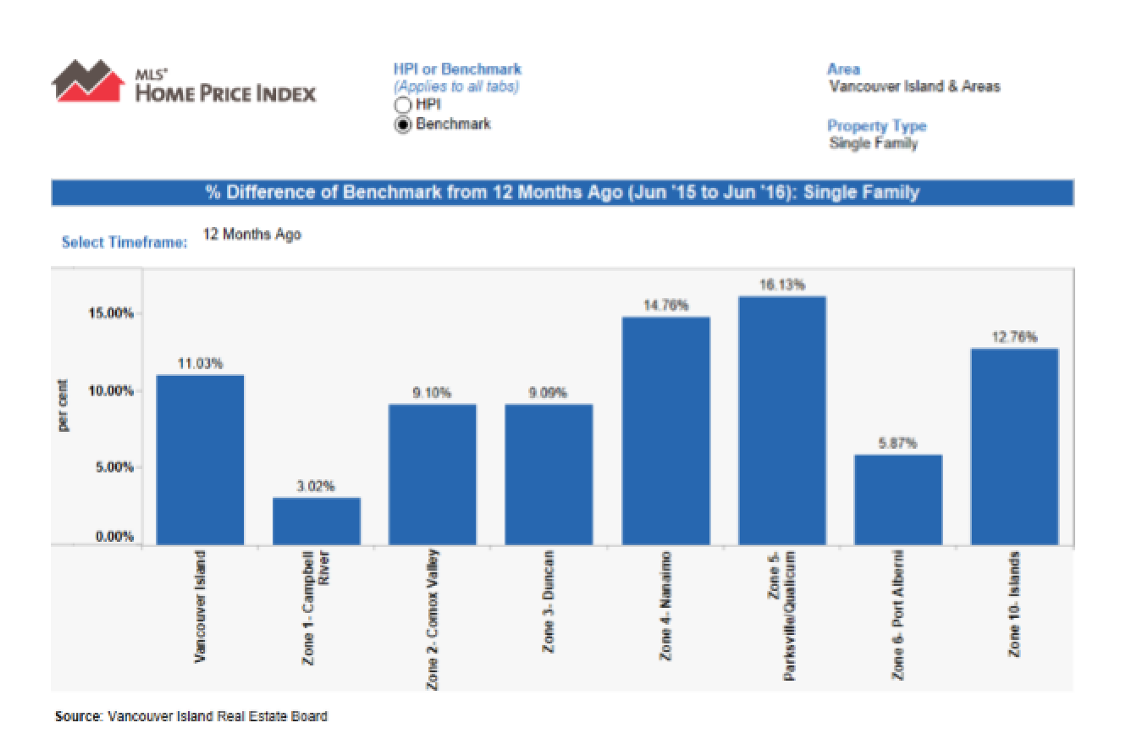 VIREB represents nearly 995 REALTOR® members in approximately 90 member offices on Vancouver Island (north of Victoria). VIREB cautions that average price information can be useful in establishing trends over time, but does not indicate the actual prices in centres comprised of widely divergent neighbourhoods or account for price differential between geographic areas. Trademarks are owned or controlled by The Canadian Real Estate Association (CREA) and identify real estate professionals who are members of CREA (REALTOR®) and/or the quality of services they provide (MLS®).