Buyer demand is still high in the Vancouver Island Housing Market. It has become typical to see multiple offer scenarios as buyers aggressively bid on the properties they want. It is VERY important to work with an experienced agent who has strong negotiating skills in this real estate climate. Whether buying or selling, Debbie Simmonds has the experience that will result in a successfully closed property for you! Read the full April 2016 Vancouver Island Real Estate Market Report. 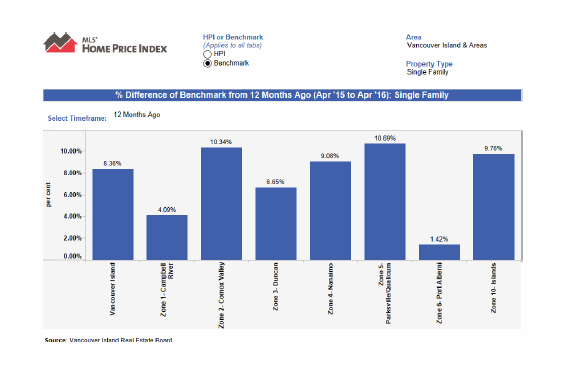 Buyer Demand Continues to Outpace Supply in the VIREB Area

NANAIMO, BC – The VIREB housing market is firmly in seller’s territory, with buyer demand continuing to outpace supply in most areas.

Cameron Muir, BCREA Chief Economist, states that the hot housing market continues to be fuelled by strong consumer demand. Buyers are aggressively pursuing home purchases, with multiple offers the norm rather than the exception throughout British Columbia.

Real estate boards in the Lower Mainland, Chilliwack, Kamloops, the Okanagan, Victoria, and Vancouver Island are all reporting robust market conditions, with some areas posting record-breaking sales. Underpinning B.C.’s vibrant economy and strong demand for housing is employment growth of three per cent, the highest in Canada.

“Although these market conditions cannot continue indefinitely, there is just no sign of any slowdown,” says Muir. “Whether we’ll be reporting the same level of housing activity come September remains to be seen.”

VIREB President Margo Hoffman says that REALTORS® are busier than they have been in years, and multiple offers – particularly on single-family homes – are everyday occurrences. As stated in previous media releases, lack of inventory continues to be the major challenge for REALTORS® and buyers.

“The thing to remember about busy markets like we’re seeing is that they never last forever,” says Hoffman. “If homeowners are thinking of selling, this is an ideal time to do so.”

Although the benchmark and average prices have risen over the past year, Hoffman notes that the VIREB market is still very affordable compared to Victoria and Lower Mainland communities. Whether you are a buyer or seller, Hoffman also adds that a REALTOR® is a vital partner in the sales process to ensure you price your home appropriately for selling and pay the right price when buying.

VIREB represents nearly 950 REALTOR® members in approximately 90 member offices on Vancouver Island (north of Victoria).
VIREB cautions that average price information can be useful in establishing trends over time, but does not indicate the actual prices in centres comprised of widely divergent neighbourhoods or account for price differential between geographic areas.
Trademarks are owned or controlled by The Canadian Real Estate Association (CREA) and identify real estate professionals who are members of CREA (REALTOR®) and/or the quality of services they provide (MLS®).